How Do Probiotic Cleaners Work?
One Key to Their Cleaning Action is Postbiotics

Nearly everyone you know is taking a probiotic for their own health these days, but using probiotic cleaners? That’s a new one for most people. After all, we’ve been trained to think about using cleaners and disinfectants to remove and kill 99.9% of all bacteria. But probiotic cleaners don’t and the why is important. The average surface has 85% benign or helpful microbes, and only 15% are pathogens.

But science now knows better. Instead of killing all bacteria, you want to clear a surface of bad bugs and make sure only the good ones survive. Why? That 0.1% that survives can be particularly resistant and dangerous. And over-sanitized, overly-sterile indoor environments (read: indoor environments without a diverse population of microbes) are one major contributor to several modern health issues, including the rise in allergies, weight gain, and autoimmune issues.

Probiotic cleaning uses “friendly” bacteria to 1) encourage the growth of good microbes in our environments and 2) break down odors, dirt, and other contaminants. The result? A sparkling, safe, and natural clean.

How do probiotic cleaners work?

First, not all probiotic cleaners are created equal. Many probiotic cleaners on the market combine inactive forms of probiotics, called spores, with traditional surfactants. These surfactants are either chemical or plant-based and they're what does the work of breaking down and removing dirt and soils.

But when live probiotics are cultured through SCD Probiotics’s patented technology platform, they create something called postbiotics. These postbiotics are one of probiotics’ three key cleaning actions. They’re why so many people who use and love our cleaners comment on the gleaming countertops they get—residues that have accumulated since the surface was manufactured are removed and they really do look as good as new.

Remember that probiotics are living microorganisms. Which means they have to eat to live. Prebiotics are the foods probiotics eat. Postbiotics are anything the probiotic manufactures or secretes. They're the third part of that metabolism process. The most popular example of this is yeast releasing alcohol. In fact anything that’s been fermented typically contains some form of postbiotics.

This is one of the most important reasons that our products use a community of ten or more microbes grown together. This allows us to pick the microbes that are best suited for the job.

When we make our probiotic cleaning products, we combine ten or more microbes. Each of these have been scientifically-selected for their ability to clean dirt, grime, and odors. We then grow them together, so they form a living ecosystem. This way, they’re able to self-sustain and remain highly effective after bottling. Once bottled, they also continue to create postbiotics.

Probiotics create three main postbiotics that are useful for cleaning: organic acids, hydrogen peroxide, and biosurfactants. Why do they make these? Bacteria are just like other life forms: they’re all just trying to survive and continue their species. They’ve evolved to create these biochemicals because they’re useful to them. Whether they’re in your bathroom or outdoors, organic acids, hydrogen peroxide, and bio-surfactants help probiotic bacteria out-compete other microbes. How? By making their shared environment uninhabitable for the other guys.

And because of their bio-chemical composition, they make really effective cleaners. Organic acids help stop streaking and reduce hard water buildup. Hydrogen peroxide (aka oxygen bleach) cleans, whitens and brightens. It can also be used to inhibit the growth of unwanted microbes.

Biosurfactants, though, are the real magic ingredient. Again, in the wild, probiotics create these so they can grab more space for their own kind. They use them specifically to break down biofilms made by competing microbes.

Biofilms are everywhere. The bacteria on your teeth clings to them with a biofilm called plaque. Pond scum is a biofilm. Other lesser-known biofilms coat things like countertops and door handles. They help the bacteria stick to surfaces. They also protect them from both physical cleaning (scrubbing and wiping) and bactericides.

Biosurfactants, like the ones made by our probiotics, are fantastic cleaning agents. They remove dirt and other things that many conventional cleaners leave behind.

And they’re an excellent first step to clearing and crowding out “bad” bugs from a surface and making sure only the good ones survive. 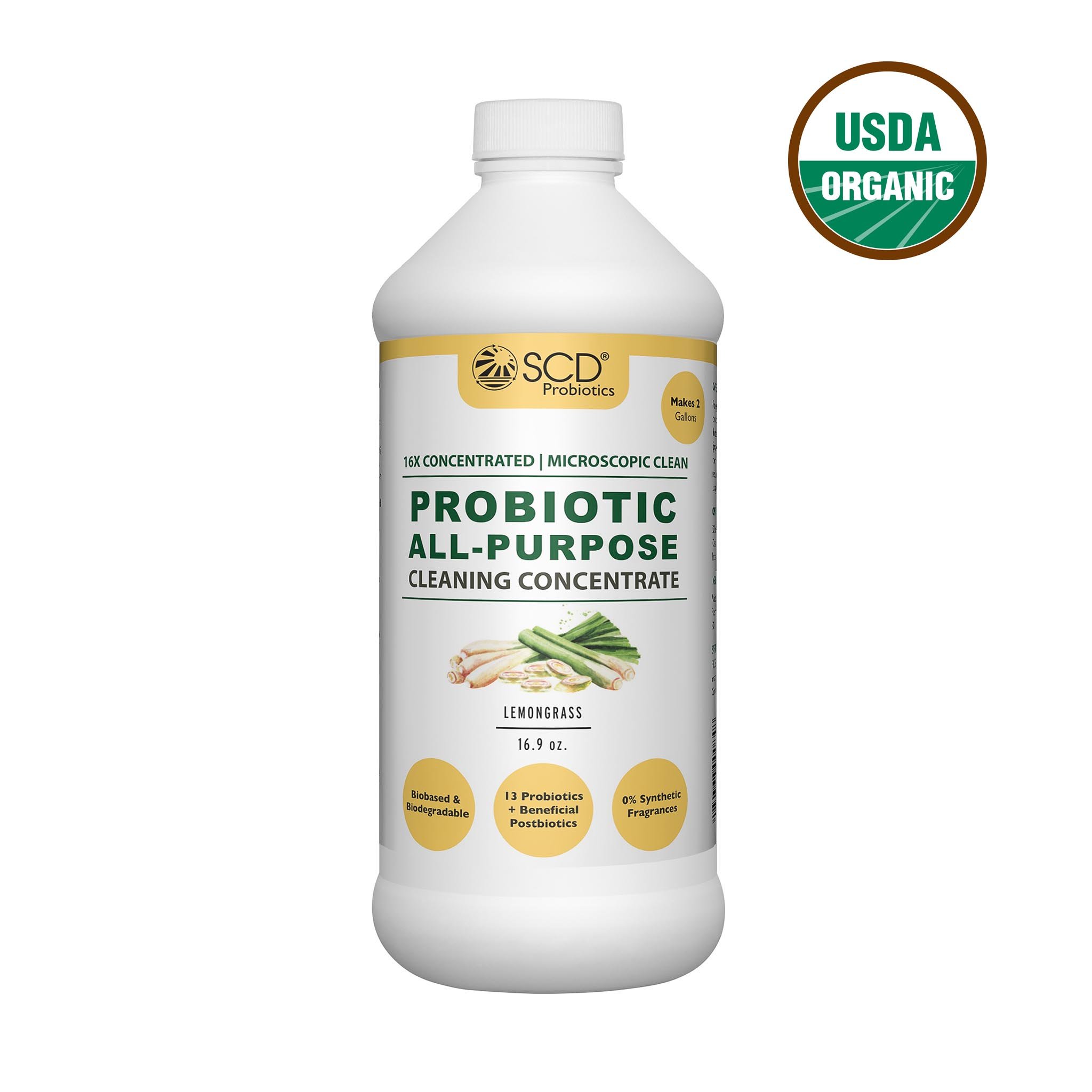 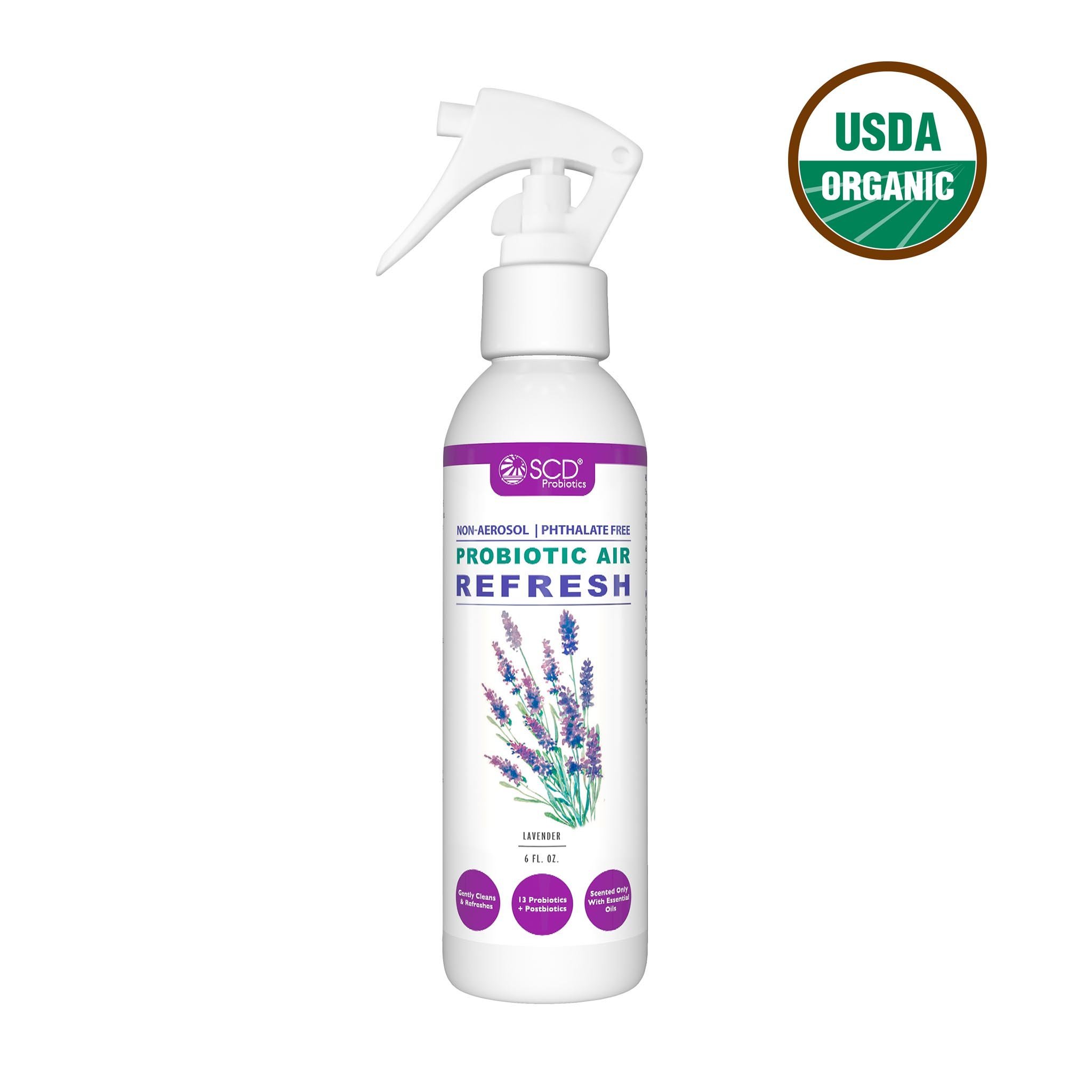 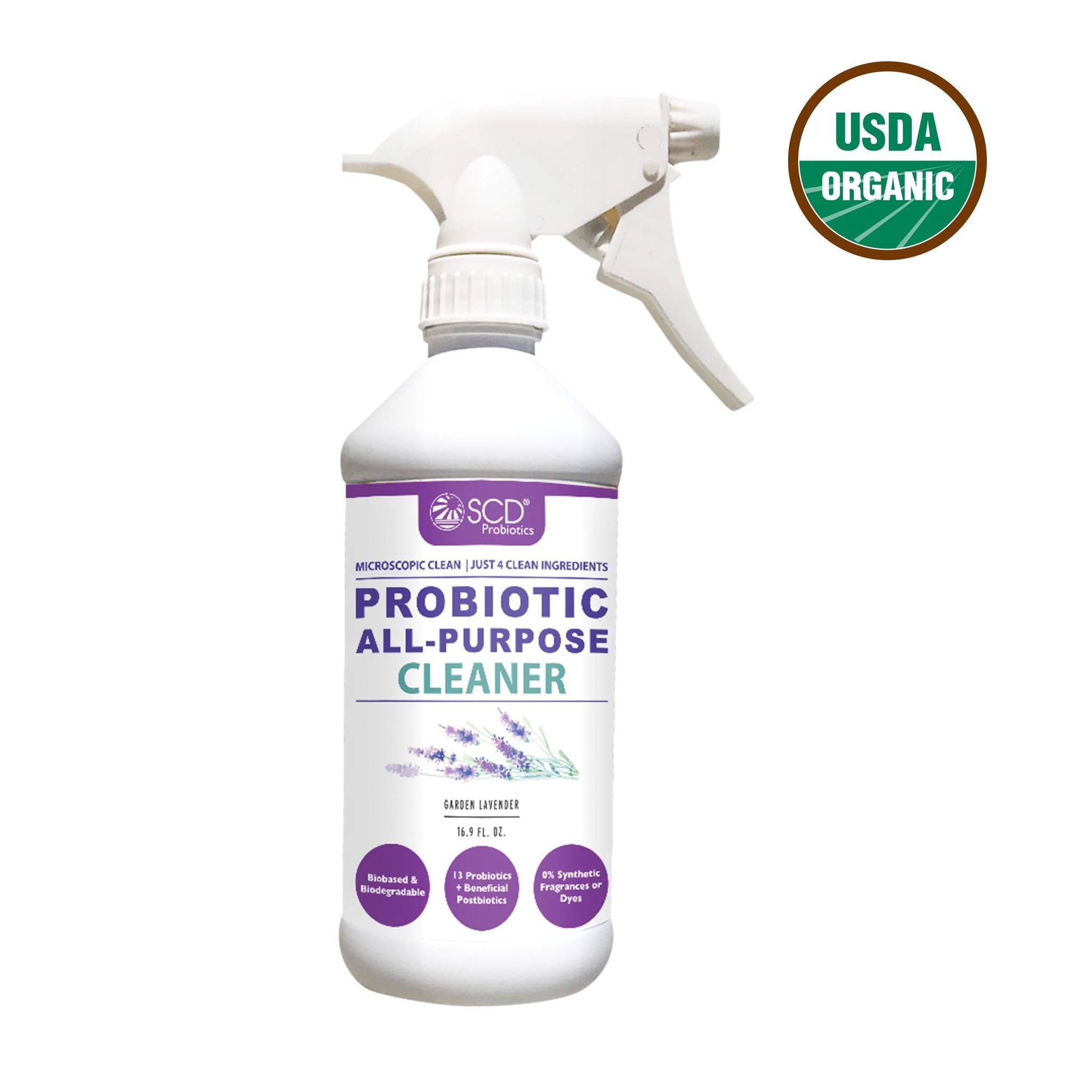 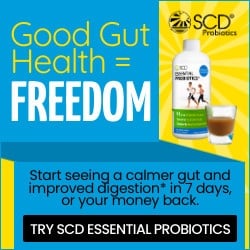